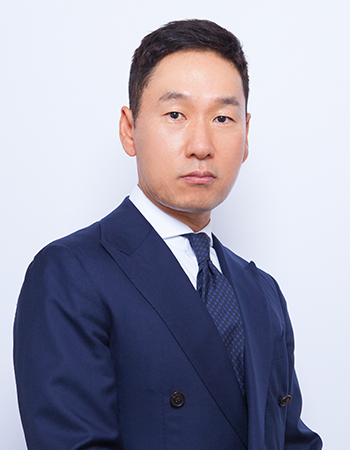 Taeyub Kim is a Founding Partner, and Head of Korea for Affirma Capital, based in Seoul. He has 18 years of experience in consulting and private equity investment, and raised five private equity funds in Korea. Prior to joining Affirma Capital, Taeyub was Managing Director and Head of Korea for Standard Chartered Private Equity and was with the platform since 2008. He served as an investment committee member and executed more than 15 investments. He currently serves on the boards of Environment Management Corporation (EMC), AJ Networks, Sung Gyung Food, Sunwoo MT, and Hwasung Cosmetics.

Prior to joining Standard Chartered Private Equity, Taeyub played an integral role as a founding member of Shinhan Private Equity, where he was actively involved in the execution of seven investments. Before that, he worked as a specialist in corporate finance at the Boston Consulting Group, where he focused on portfolio management, strategy development, and financial restructuring.

Taeyub received a BS in psychology and a MBA from Seoul National University, and an MPA in International Development from the John F. Kennedy School of Government at Harvard University.