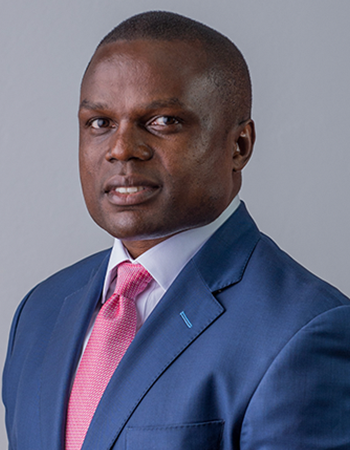 Ronald Tamale is a Founding Partner, Head of sub-Saharan Africa at Affirma Capital and is based in Johannesburg.

Prior to Affirma Capital, Ronald was Managing Director and Head of Africa for Standard Chartered Private Equity (SCPE) and was responsible for private equity investments across sub-Saharan Africa. He was a founding member of Standard Chartered’s Africa Private Equity (SCPE Africa) division in 2008. Since inception, SCPE Africa (and subsequently Affirma Capital) has invested over US$805 million in businesses in the telecommunications, banking, energy, agriculture, retail, manufacturing and consumer goods sectors across Africa. The business has invested in 11 companies and fully exited 7 of those investments returning over US$632 million to its investors. Ronald has been involved with several of the fund’s investments and serves on or has served on the boards of Export Trading Group, Copperbelt Energy Corporation Plc, GZ Industries, Lodestone Brands and Choppies.

Prior to joining SCPE, Ronald spent 6 years at Goldman Sachs in the U.S. before relocating to Africa from his role as a Senior Associate within the U.S. investment giant’s investment banking division.

Ronald holds an MBA from the Stanford Graduate School of Business and a Bachelor of Arts degree in Economics from Pomona College.