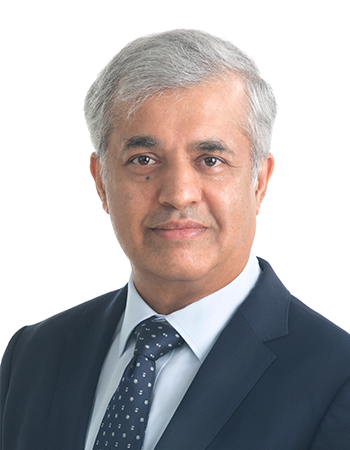 Nainesh Jaisingh is a Founding Partner and Chief Executive Officer at Affirma Capital. He is based in Singapore and also oversees the Private Equity business in South East Asia.

Over two decades as a Private Equity investor in the Emerging Markets, Nainesh has a long track record of successful investments and exits, partnering with entrepreneurs and management teams to build leading businesses. During this period, Nainesh has been instrumental in building PE franchises in India, South East Asia and the Middle East, with high calibre teams.

In 2003, he was instrumental in launching the Merlion India Fund, a joint venture between SCPE and Temasek, the Sovereign Wealth Fund of Singapore - which returned 3.7x to its sponsors. In 2001, he co-founded FinVentures, a proprietary Venture Capital Fund sponsored by SCB and headquartered in Singapore. His early career was with ANZ Investment Bank and ANZ Grindlays.