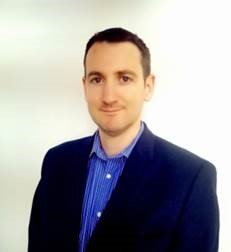 Adrian Smith is an Executive Director at Affirma Capital based in Johannesburg, South Africa. Adrian first joined the Africa team in 2008 and was a founding member. He has over 15 years of investment experience in Sub Saharan Africa and executed and managed over 11 investments across East, West and Southern Africa. Adrian is primarily responsible for the origination and execution of new investments, as well as fundraising.

During 2016-2018, he co-founded Arkana, a sub-Saharan African Private Equity Fund where he successfully originated numerous opportunities and actively managed fundraising activities. He re-joined SCPE in May 2018

His career began at Standard Bank, as a financial manager in the Group Accounting and Internal Audit Function. He then transferred to the Investment Banking team, executing numerous mid-cap Private Equity and M&A transactions.

Adrian is a member of the South African Institute of Chartered Accountants.